In today’s world, almost everybody plays games, whether it is on their Personal Computers, their consoles or even on their phones! As gaming has evolved, players tend to test their skills against other gamers in multiplayer battles. These multiplayers are generally made possible over the internet which provides a connection between thousands of players in the world to compete with each other. Now everybody knows that Wi-Fi is one of the fastest forms of internet without the hassle of wires and the device that provides a Wi-Fi connection is called a Router. Gaming requires a more steady connection which calls for a better and stronger Router. As many cannot shell out the huge amounts of money that goes into buying these devices, we have shortlisted some of the most budget-friendly Routers for you which support your every Gaming need without burning a hole through your pocket: 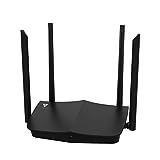 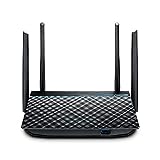 The Nighthawk Smart Wi-Fi router is an amazing product by NETGEAR. Boasting AC1750 speed, it can provide connection up to 500 square meters so that you can play in any corner of your house. Its speeds go up to 1750 Mbps to ensure uninterrupted gaming even on heavier games which require large download sizes. It is powered by a 1GHz Dual Core processor which ensures that the device never slows down or stops working. It has USB 3.0 ports for speed and reliability. With its three antennas, it gives out signals in every direction and does not leave a room unattended. The network created by this beast of a router can be easily customized by using NETGEAR’s Genie app. This router also has “Beamforming” technology. This means that it detects the location of connected devices and makes efforts to throw the signal in the direction of that device. This increases the stability of the connection and also, to some extent, its speed. However, the software provided with this router is not up to the standard expected and should be worked on.

Next, we take a look at the TP-Link AC1750 Archer A7Smart Wi-Fi Router. This Wi-Fi router works on two bands- a 2.4 GHz one and a 5 GHz one. On the 2.4 GHz band, it can give a maximum speed of 450Mbps. However, when it is used on the 5GHz band, it reaches insane transfer speeds of 1,300Mbps which is more than enough to run even the most demanding of online games. The three antennas give it enough range for the signal to reach every corner of your house. It will maintain its performance even when there are multiple devices connected and keep providing you with the stable connection required for gaming. It offers a host of settings which can be made to make the device run at your convenience. It is very easy to set up and it does not take very long to configure, either. It also offers security so that you can use the Wi-Fi it provides with complete peace of mind. In spite of offering such a wide array of top-class features, this router is priced extremely modestly which makes it one of the most value-for-money products in this line-up.

The VANIN AX1500 Dual Band Wi-Fi Router has an odd build which makes it look like an open book placed upside-down on a surface. However, this does not defeat its purpose as a solid contender in this list. It offers the latest 802.11ax (commonly known as Wi-Fi 6) protocol and is one of the very few routers to support it. This does not mean that all other protocols are forsaken because it supports all of them up till Wi-Fi 6.  As for the dual band part, it provides insane speeds of a maximum 300Mbps and 1,200Mbps on the 2.4 GHz and the 5 GHz bands respectively. The four antennas provide excellent range which allows you to keep it in any corner of your house and still receive signal. The band-switching is automatically done by the router according to the usage which eliminates the hassle for you. As far as security is concerned, VANIN has got you covered as the device comes with WPA3 security which is not only the most secure but also the fastest internet protocol in existence.

This product form ASUS also comes with a 2.4 GHz and a 5 GHz band. It has a stylish look with a checked body surrounded by four antennas. These will make sure you are never out of range while gaming. With a maximum speed of 400Mbps on the 2.4 GHz band and 876 Mbps on the 5 GHz one, which are decent at the most, it does the job without providing anything worth mentioning in this area.  Much like the NETGEAR Nighthawk R670, this one also comes with Beamforming technology which channels the signal directly towards the devices connected to it. The AsusWRT software that comes with it does not take too long to figure out which leaves more time for gaming. Although it is not the most groundbreaking of products in terms of features, it does the job nicely and at a very affordable price which, in my opinion, is more than what anyone could ask for.

This device is specially tuned for all your gaming needs. It aims at reducing one of gaming’s biggest rivals- lag. It aims to do so by reducing ping, which is a common term packets of data which are lost while transfer. In other words, this router tries to give you the best gaming experience possible by ensuring you have a stable connection. It keeps you connected even when there are multiple devices connected to the network. The software is very interactive and provides the user with a host of options including VPN and connected device management. Due to its four antennas, it also has extremely good range. The dual bands run at the same time and ensure that you always get connection and at the right speed. Another great feature the Linksys WRT32XB WRT Gaming Wi-Fi Router carries is its ability to maintain its body temperature which is a problem which tends to arise with heavy gaming usage.

Moving on to the NETGEAR Nighthawk X4S Smart Wi-Fi Router’s R7800 version, it offers amazing speeds at up to 800 Mbps with the 2.4 GHz band and up to 1,733 Mbps from the 5 GHz band. It takes very little time and effort to set up once it is connected. The four antennas protrude out from the back and the side of the router, providing range and connectivity over a large area. With features like WPA2, Firewall, VPA and many more, it takes care of the security without having you worry about anything. It also claims to support up to 45 devices at one time which makes it a useful product for the multiple gamers in the house. It has four Ethernet ports which give considerably faster connectivity than wireless connections. With this router, you can play games without the worry of lag or connectivity issues.

Another quality product by ASUS, this router comes with four detachable antennas which give long range when in use and are easy to store when not. It gives decent speeds with 600 Mbps on the 2.4 GHz band and 1,300 Mbps on the 5 GHz band. It smartly allocated bandwidth to all the devices connected so that every connected device gets maximum speed. As soon as you plug in the router, it will automatically start up a window which will guide you in setting the device up. ASUS also provides its own security standards which make your gaming experience safe as well as enjoyable. You can set this router especially for gaming in the OS which earns it the right to use “Gaming” in the product title. You can also use the app to make it more customizable.

This route has a stylish-looking design which puts you in the mood of gaming as soon as you look at it. It has enhanced range, owing to the four antennas attached to its back. It provides serious speeds of up to 800 Mbps on 2.4 GHz and 1,733 on 5 GHz. The OS is simple to understand and can be used to allocate bandwidth which ensures a steady and reliable connection. This, in turn, reduces lag and makes your gaming sessions seamless and smooth. It also comes with a built-in VPN service. It is designed of gaming which means that it actively works on reducing the ping and gives the most efficient output at all times. However, this device is quite hefty and will occupy a lot of space on your desk.