Ever since its introduction on the 22nd of November, 2013, the Xbox One has been making waves in the console gaming industry. Made by Microsoft, it is easily one of the most popular consoles out there, rivalled only perhaps by Sony’s PlayStation 4. What makes consoles like the Xbox One different from their biggest rivals (PCs) is that they can use any screen for gameplay. You can just connect it to the screen and start playing. The only problem is, Internet. Thankfully, there are routers available that can provide internet for your gaming needs as well as non-gaming ones. These routers give out Wi-Fi that your Smart TV can connect to and supply you with the connection required to fuel your needs.  To save you the time and trouble and time to delve into the huge Gaming Router market out there to find the best option, we have compiled a list of great products so that you can make a better informed decision for your Xbox One: 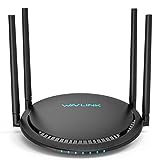 First off, we will talk about the Linksys WRT32XB Gaming Wi-Fi Router. This product is designed keeping the Xbox One console in mind and it proves its worth through its performance. Shaped like a stout little killer robot straight out of HALO, this router will not disturb the aesthetics of your room. It has a feature called Killer Prioritization Engine. Through this, it is designed to detect an Xbox One connected to it and provide maximum bandwidth and signal strength to that connection. What this does is it reduces lag by a great deal and keeps your gameplay smooth. It is designed to smartly manage multiple connections by providing sufficient bandwidth to all the devices. It comes with four antennas which help a lot when range is concerned. It also smartly manages heat to prevent overheating. The device has two bands- 2.4 GHz and 5 GHz for optimized performance in every situation. This router also has auto-updating which strengthens security and increases the performance of the device.

This router is shaped like a thin disk with the WAVLINK symbol embossed on the top part. Two antennas protrude out of either side which makes a total of four. Its innovative Touchlink technology makes connectivity super easy by connecting different devices to itself at the touch of a finger. This eliminates the need for passwords and saves a considerable amount of your precious time. The dual bands give out maximum speeds of 300 Mbps and 867 Mbps on the 2.4 GHz and % GHz bands respectively. This makes a combined speed of 1200 Mbps and that, coupled with its ability to smartly distribute bandwidth according to the strength demanded by the different devices connected to it, makes it ideal for Gaming without lags or connection losses of any kind. The Beamforming technology pushes signals only towards the direction of connected devices, again giving a reliable network. It also comes with a TURBO mode where you can get an optimized network at the push of a button. You can also connect it using the Gigabit Ethernet ports provided on the back of the router. This gives considerably higher speeds than wireless connections.

This gaming router looks like an alien ship right out of an RPG, visiting Earth to spread the gift of fast Wi-Fi. Based on the DumaOS, it provides you with all the features and tools for the best gaming experience and maximum control over the network. With four powerful and detachable antennas sticking out of its back, you will never have to worry about range and connectivity strength. They are all labelled and need to be connected to their dedicated spots for best results. The setup process is easy and provides sufficient security options for your mind to be kept at peace about it. This router has a 2.4 GHz and a 5 GHz band. It minimizes your work by making a decision by itself about which band would give better connectivity and then using that one. As far as software updates are concerned, they are necessary to keep your router safe and up-to-date. The XR500 asks for your permission before installing such an update which it automatically detects from the internet. As it is optimized for Gaming, the device provides a lot of settings for it which can be found using the DumaOS. The ability to restrict or provide more bandwidth to a certain connection also gives you more control over the device’s performance. There is also a checkbox which instructs the router to give maximum attention to games.

D-Link is a well-known brand that makes home-use routers but it has also strayed into the Gaming Router market with the EXO DIR-882-US. At first glance, it may look just like a normal router with its simple rectangular body and four antennas sticking out of it. However, its performance tells a different story. The range of this product is wide and will give out signals to every corner of your house. The setup can be done pretty quickly which may have resulted in more game time if it wasn’t for the horribly long delays. Once you are done customizing the settings, you have to wait almost half a minute for them to implement. This has to be done every time. The router automatically shifts between the 2.4 GHz and 5 GHz bands depending on which gives the fastest connection. This feature is enabled by default but can be switched off from the settings as per your convenience.

Next, we look at the TP-Link AC1900 Touch Screen Wi-Fi Router. The biggest attraction on this router is probably the huge screen right in the middle of its body. The screen makes it extremely easy to customize and configure according to your needs. The 2.4 GHz and 5 GHz bands provide more than enough speeds to support your gaming needs without having to face lag or delay. You do not even need a computer to set it up as the screen automatically starts up the setup wizard as soon as you plug it in. It has three antennas which give you fairly good range and keeps you online. It can also manage multiple devices effortlessly and make sure everyone gets sufficient connectivity.